Point Pricing: The Story of How We (Finally) Eliminated Hours from Marketing Agency Pricing

This post was originally published in November 2016 and has been updated for comprehensiveness. If you’re making the shift to value-based pricing, join us for our on-demand series Point Pricing for Agencies.

I spent the first six years of my marketing agency career chasing hourly quotas instead of results. Our goal was to bill a minimum of five hours per day.

Yes, we cared if the client was happy and successful, but the fundamental economic driving force behind the firm's existence, and my career potential, was the billable hour.

I discovered early on that the billable-hour model was a flawed, archaic, agency-centric system that wrongly tied agency performance to outputs, not outcomes.

In 2004, four years into my career, I became highly motivated to build a more efficient and profitable solution that shifted the focus to client needs and goals.

The idea was centered on making services tangible with clearly defined costs, features and benefits, almost like buying a product off a retail shelf or signing up for a software service.

My theory was that if clients understood exactly what they were getting, and agreed ahead of time what it was worth, then we could remove the mystery from the equation and focus on delivering value and results.

The problem was that the billable-hour model was the only one I had ever known. How would I build an entirely new financial model and productize a service business?

>> If you’re getting started with value-based pricing, check out the 12 Questions to Guide Your Marketing Agency Pricing Model Transformation.<<

In Search of Our Value Metric

As I wrote in The Marketing Agency Blueprint, the guiding principle was that prices had to be value based, meaning they were to be determined based on perceived and actual value rather than the number of billable hours something takes to complete.

But when The Marketing Agency Blueprint was published in December 2011, we hadn’t “cracked the code.” We had used some variation of standardized services and set pricing since our founding, but we struggled to find a single value metric upon which to build a new model.

For example, HubSpot’s value metric is number of contacts, Zapier’s is zaps, Wistia’s is videos, and Asana’s is members. The more you pay, the more of the value metric you get, and, in theory, the more value you get out of the product. Seems easy enough.

However, if you sell professional services, and you don’t believe hours are the answer, then the value metric isn’t quite so obvious.

In the 2006 version of PR 20/20’s original pricing guide there were 105 services within 19 categories. The full guide was available online with descriptions and set prices for every service. In essence, it was an a la carte menu that enabled marketers to choose the services they needed. It took 600+ hours of my life to create, but, honestly, it was just too complex with too many pricing variables. It was, however, an important first step in the process. 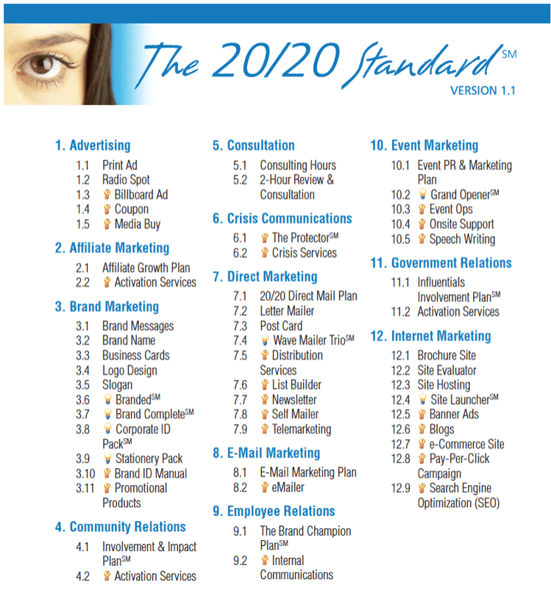 In 2008, we introduced inbound marketing service packages primarily designed for HubSpot customers looking to outsource their marketing. These packages were an interesting evolution, but they were too tactical in nature and included more than a dozen standard value metrics (e.g. blog posts, lead forms, landings pages, keywords, etc.). Plus, they weren’t profitable for the agency and didn’t translate to the kind of results we wanted for clients. It was on to the next iteration. 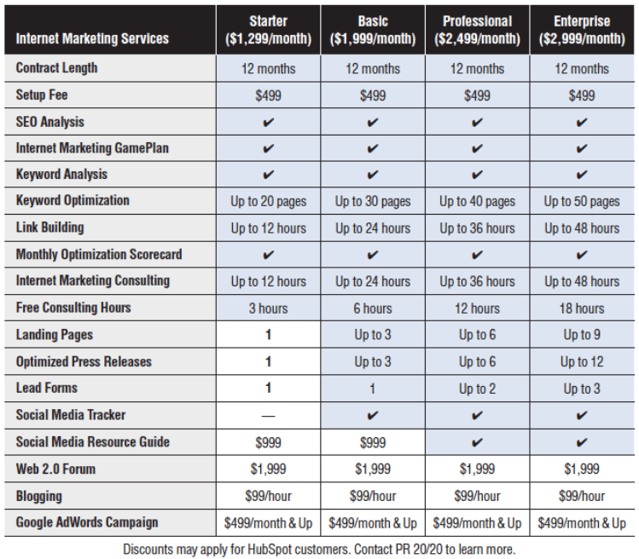 In 2010, we made our first attempt at bundling content marketing services. The packages included standard allotments of blog posts and premium content word count that could be used for website copy, case studies, white papers, press releases, by-lined articles, ebooks and more. These packages also featured blocks of hours. Again, too many value metrics, and we hadn’t solved how to eliminate hours completely from the equation.

Then, in late 2012, we conceived of using points. The idea was partially inspired by my interest at the time in agile software development, and heavily influenced by my love for sports.

I wanted something that felt different, but wasn’t too abstract to understand. I envisioned a pricing mechanism that subconsciously conveyed that marketing dollars were an investment, not an expense, and that every dollar spent had a purpose and represented incremental progress toward a goal.

It took more than 12 months to build and test the financial and operational models (e.g. time tracking, project management, invoicing, etc.) needed to convert the agency to points, and then we began methodically rolling it out to clients in January 2014.

Anatomy of the Point Pricing Model

Point pricing ensures clients get the full value of every dollar spent, regardless of how much time it takes to deliver. Points provide total transparency into pricing, progress, performance and resource allocation.

Each project within a campaign is assigned a fixed-point total (e.g. blog post = 3 points) based on value creation rather than hourly estimates. The point totals are standard across all clients and are determined using the Fibonacci sequence. 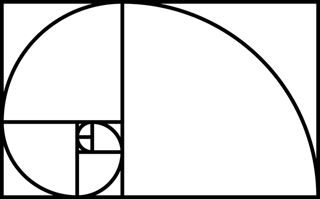 Humans in general can’t accurately predict the hours it takes to complete a task due to variables such as professional competency, focus, efficiency and forecaster bias. When we try to forecast time to complete an activity, the higher the number, the more uncertain the forecast becomes.

The Fibonacci sequence accounts for this uncertainty. So rather than debating whether something is worth 8, 9, 10, 11, 12 or 13 points, in our world it’s either an 8 or a 13. And since clients have access to a standard point list, and we build points into their monthly GamePlansTM, they know exactly what every project costs, and how those points are designed to achieve their goals.

Let me show you how it works:

Our pricing page includes four standard packages. Each package costs $165/point (we recently changed this from a tiered-rate model). However, the more you invest each month, the more points and value-added features you get.

For example, clients at the Enterprise level get weekly Google Analytics reports at no additional cost that our team generates using artificial intelligence. We’re also able to offer extra points and discounts for workshops, referrals, add-on projects and contract renewals.

We also use points to forecast potential resource allocations when talking with prospective clients. This chart enables us to visualize a preliminary model by month and by campaign. Actual point allocation is determined during strategy sessions and then continually adjusted based on performance data and evolving client goals.

As you see in the 12-month chart above, we have preliminary allocations of 100 points per lead generation campaign. So what does 100 points get you? Here’s an example. 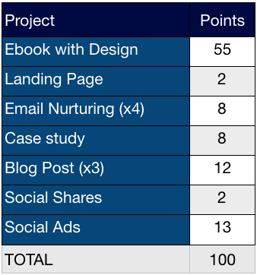 Every client has access to a shared Google Sheets workbook that includes monthly GamePlan tabs. The GamePlans are organized by campaigns and projects with columns for point totals, percent of project complete and project owners. The workbooks also include client dashboards that show resource allocation and performance by campaign.

>> How far does a point go? Download a Sample 300-Point Campaign Template <<

The Impact and Spread of Points

We’ve gone through dozens of pricing-model iterations since I first started pursuing a better way back in 2004. We’re still very early in the evolution of point pricing, but we can already see positive impact on efficiency, productivity, accountability, transparency and, most importantly, client performance.

Other agencies have begun shifting to points, and HubSpot is even advocating for the adoption of a point-based pricing system within its growth driven website design training program. Hopefully as the industry gradually shifts away from billable hours and other more opaque, agency-centric pricing models, we can collectively progress toward true value-based pricing.

>>Check out A Different Approach to Agency Pricing for Marketing Clients for an in-depth video podcast about point pricing.<<

Contact us any time to learn more about point pricing, and how it could be used to accelerate your organization’s marketing performance.

>>For more information, check out HubSpot Academy's Getting Started with Point Pricing for Agencies to see how you can begin to evolve your own model.<<

Point Pricing for Agencies is a three-course, online series that was recorded in January 2018. The sessions feature more than a dozen exclusive resources, including pricing strategy documents, worksheets and templates that agencies can use to establish, launch and evolve their own point pricing models. Rather than licensing point pricing, we're basically going to open source it to registrants.

You can check out the full event site on Marketing Agency Insider to learn more.

5 Marketing Trends to Keep On Your Radar in 2019

5 Ways to Get the Most Out of Marketing Conferences