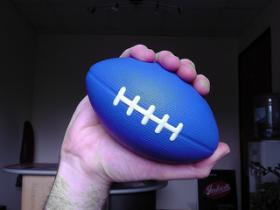 Review, hosted by the Cleveland Chapter of the American Marketing Association. Tailored for marketing professionals of all levels, this interactive luncheon dove into the most talked about Super Bowl advertisements.

After viewing the mix of heartfelt tales and slapstick comedies, the winner of the XLVIII Super Bowl advertisement showdown was […drumroll…] RadioShack’s ‘80s-themed #InWithTheNew commercial.

So what were the top takeaways from this year’s event? I’m glad you asked.

The Year of the Montage

As Jason Therrien pointed out during his analysis, 2014 was the year of the montage. Top brands, including T-Mobile, Coca Cola and Microsoft, all followed this theme, combining an assortment of clips into a one-minute masterpiece.

Spoiler Alert! Gotta Have It, Or Make It Stop?

An interesting discussion broke out following the Dannon Oikos commercial. The consensus from the group is that the shock-value of the Full House male cast reunion would have been more successful if Oikos hadn’t leaked the surprise prior to game day. Oikos is not the only spoiler offender, though. In an effort to create buzz and encourage people to tune into their pricey commercial spots, many other brands leaked their commercials the week leading up to the Super Bowl.

There’s a fine line between witty and wonky when it comes to social engagement. Ever since last year’s buzzworthy tweet —courtesy of Oreo—marketers have been trying to stay on top of the real-time marketing trend. Some have been successful (Newcastle), while others missed the mark (JCPenny).

Let’s face it. As much as we love Budweiser’s #BestBuds and #Salute commercials that tug at our heartstrings, our favorite ads will always be comedic—always. It’s basically science.

After viewing all 16 commercials, we came to the conclusion that marketers need better integration of their marketing campaigns. There was a clear disconnect in the syncing of social media efforts with the commercials and company websites. Although many companies, including Kia and Toyota, carried their Super Bowl commercial themes throughout their website and social media accounts, they did not do a good job of promoting this integration to their audiences.

Additionally, as Paul Roetzer highlighted in his assessment, brands need to work on developing clear calls to action that stay true to their brand. Take for instance the TurboTax commercial. It was very entertaining, but the call to action at the end did not resonate with the rest of the advertisement. This clear disconnect could have been avoided if the call to action was executed more effectively.

Overall, the Super Bowl Ad Review highlighted the fact that brands are forgetting themselves and their target audience. It is easy to create an ad campaign that is hilarious, nostalgic or heartwarming, but it needs to connect to the brand—and the rest of your marketing strategy—to be successful.

Angela Masciarelli is a senior consultant at PR 20/20. She joined the agency in October 2013, after spending two years as an Account Executive at a New York City PR firm. Angela is a 2010 graduate of the E.W. Scripps School of Journalism at Ohio University, where she received a Bachelor of Science in Journalism, with a focus in public relations. Full bio.