CLEVELAND—May 8, 2012—PR 20/20 will sponsor Inbound 2012, "the world's largest gathering of inbound marketing professionals,"  taking place Aug. 27-30 at the Hynes Convention Center in Boston, Mass. This week, May 7-13, the agency is featured as the event's Sponsor of the Week.

Presented by HubSpot, Inbound 2012 (#Inbound12) is in its inaugural year, however it is an iteration of past HubSpot conferences including the Inbound Marketing Summit (IMS) and HubSpot User Group Summit (HUGS). As such, 2012 marks PR 20/20's fifth year as both sponsor and attendee. 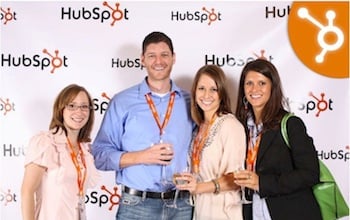 Stay tuned for more updates on PR 20/20's participation at Inbound 2012, and register for the event here. Earlybird pricing is available through June 1; group discounts are offered for teams of five or more.