Of all the 21st century business clichés, “going green” has had considerable staying power, and no doubt for good reason.  In a period of economic suffering and war, good (and profitable) business has increasingly become synonymous with green, or eco-friendly, business.  Companies of all kinds, from cleaning products to automobiles, are developing and marketing new and/or “improved” green products.

In this over-saturated market, I wonder: Is it more important for a company to be earth friendly or perceived as earth friendly?  Perhaps, the answer is a resounding, BOTH!  If that is the case, how does this impact businesses and how they market themselves? 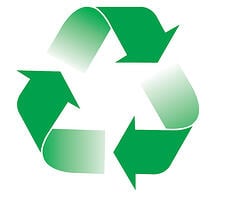 * China and India are developing very quickly, and where there is growth, there must be energy production.  In the last decade, China has built so many power plants that it “now uses more coal than the U.S., Europe and Japan combined.” Not surprisingly, that consumption has made China the world leader in green house gas emissions, and they’re just getting started.

When global warming hands you lemons…

I’m not sure exactly when “green” became the universal label of earth-friendly, but lately it seems to be no coincidence that it is the same color as money.

Several years ago, General Electric rolled out its “ecomagination” marketing campaign in an admitted attempt to profit from the spreading realization that the earth needs help.  Remember the “Dancing Elephant” commercial?  Since then, the portfolio of ecomagination products has expanded, and in 2008 the revenue brought in by those products was $17 billion.

American car companies are also starting to catch on to the benefits of an eco-friendly attitude.

Each of the products and technologies mentioned above were being sold well before they were ever marketed as earth-friendly.  It makes you wonder if the marketing strategies have had a positive impact on sales. Considering that August 2009 hybrid sales were up 48.6% from August 2008, while sales on average vehicles were up just .5%, maybe you really have to wonder after all.

Industrial conglomerates and car companies are inherently not green; therefore, it should be easy for them to dream up marginal improvements and sell, sell, sell.  Does that mean they are the only ones capable of eco-friendly profit?  Kroger and Starbucks don’t think so.


Thinking outside the plastic bag

“Paper or plastic?”  “Neither, thank you, I brought my own bags.”  Grocery stores have figured out a way to sell reusable bags that do the same job as the bags it gives away for free!  By exploiting the fact that the free plastic bags are unnecessary, petroleum-dependant, landfill waste, stores allow consumers to enhance the feel-good high they get from recycling and turn a profit at the same time.  It’s a perfect example of thinking outside the traditional business model to offer products that make your company feel eco-friendly, and turn a profit at the same time.

If I had to guess, I would say Starbuck’s business model reads something like this:  Sell as much coffee as possible from more stores than imaginable… Be the McDonalds of mochas.  Now that McDonalds has its own designer coffee line, maybe that model has changed a little, but nevertheless, by all appearances, it’s a pretty straightforward business.

Simple business model or not, Starbucks is not shy about being as green as they can be.  The company made news headlines in 2006 when it started using paper cups with 10% post-consumer fiber (recycled) material.  Walk into any Starbucks and you’ll notice a shelf full of reusable coffee mugs, and customers that use them are rewarded with a 10 cent discount on any drink.  And today, the coffee giant is working with suppliers to buy 100% of their yearly supply of nearly 400 million pounds of coffee only from farms with responsible growing practices and ethical trading.

I’d argue that these efforts are not completely motivated by profit, and Starbucks does indeed care about the earth; however, I have no doubt that the coffee-giant is thrilled your Hummer has 20 cup holders.

Avoid getting run over by the hybrid bus

It is all too obvious that there is an increased demand for green business practices.  Therefore, just like addressing any other customer desire, businesses must identify their green strengths and develop a strategy for selling those strengths to meet the demand.

As I hope my big-business examples illustrated, there is no such thing as a product or service that doesn’t fit in the spectrum of green.  It is just a matter of how customers can take advantage of those goods to improve their quality of life while helping, or at least not hurting, the environment.

I’ll admit, I have no marketing background and know very little about what’s required to make people want a product or service.  I am, however, a member of the public that businesses try to relate to by hiring agencies like PR 20/20.  Right now, I’d agree that the public is more worried about catching the swine flu from touching the money they don’t have than concerning themselves with green initiatives.  Rest assured, though, that it won’t be long until the severity of earth’s distress wakes people up and makes a pandemic, recession and healthcare legislation seem trivial.

Consumers will become more aware of which companies truly adhere to green practices, and which simply talk the talk. Backlash for in-authenticity regarding a cause that many people are passionate about could be severe.

In our lifetime, the U.S. government will catch up with the rest of the developed world and introduce gas taxes and the like that will completely change the way we look at energy production and consumption.  As a population, our wants and needs will drastically change and we’ll need a market that can respond accordingly.

If you would like to read more about earth’s dilemma and how the U.S. can, and hopefully will, lead the world out of this mess, I’d strongly recommend Thomas Friedman’s latest book, Hot, Flat, and Crowded (2008).

I look forward to reading any comments, especially those related to actions that businesses should be taking to catch-up with, and stay ahead of, a green movement that will eventually change the world for the better.

This is a guest post by Tom Moehring, an engineer working in the aviation industry. He earned his B.S. in Mechanical Engineering from Ohio University in 2006 and his M.S. in the same field from the University of Cincinnati in 2009. He does not drive a hybrid, and he has never hugged a tree; however, he, like many others, has a growing consciousness of earth’s dilemma and the actions needed to remedy it. Contact Tom at tmoehring [at] gmail.com.